Rabbi Lev is a 5th generation of rabbis that span the spectrum of Jewish movements. He was ordained at the Reform rabbinic seminary, has been a practicing children’s rights attorney, teaches graduate nursing students online, works as a hospice nurse, and is sometimes found weeding his veggie garden or collecting eggs from his chickens to round out his way of living a Jewish life. He lives in Austin with his husband C. Andrew Martin, and their dog Seder

Sue Horowitz is a Jewish singer-songwriter from the rocky coast of Maine. Sue believes in the power of community singing and knows that music can be healing, uplifting and help us connect to each other. Her tunes range from lyrical to bluesy, from meditative to joyous. Sue has three CDs of original music, an new original folk music CD, and a compilation CD of hope and healing, which raises money for Ronald McDonald House and American Cancer Society Hope Lodge. She has performed at numerous conferences, venues, homes, and congregations throughout North America. Her music has been included congregational worship, compilations, teaching resources, and songwriting competitions. Sue is an avid attender of songwriting retreats, hosts and leads songwriting workshops and retreats as well. Consistently earning rave reviews, Sue’s warm engaging presence and spiritual music captivate worshipers and audiences of all ages.

Scott Leader began producing and recording music in high school while growing up in New Jersey. During college, he started performing live concerts and producing albums for artists in multiple cities. He began professional work at studios in Austin, Texas and Los Angeles, California honing his skills as a producer for many genres of music including folk, rock, religious, and classical. As a professional artist and musician, Scott has released five albums of original music. He has traveled across the USA performing concerts and leading workshops. His music has been featured on national compilations CDs, Sirius/XM radio, and he has won several song writing awards. Scott is also part of the award-winning trio “Sababa,” a contemporary Jewish music rock band. 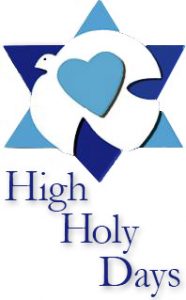